I literally read this article to my Sweet Husband tonight in light of what we are to do. There are many things being affected…jobs for some, income, investments and most importantly health. As one with a compromised immune system…I choose faith and joy in this journey…in all things.

Interestingly, I was working on my ByTheWell4God newest devotional on contentment this week and WOW, is God’s timing awesome!!!! Let us choose to trust God and be content that He is in control!!! PTL!!!

We have to have faith in our great and awesome God!!!  🙂

The author of this article says it much better than myself. Let us focus on scripture, prayer and be a light for Jesus in a dark time in our world.

Hugs and prayers to all of you, 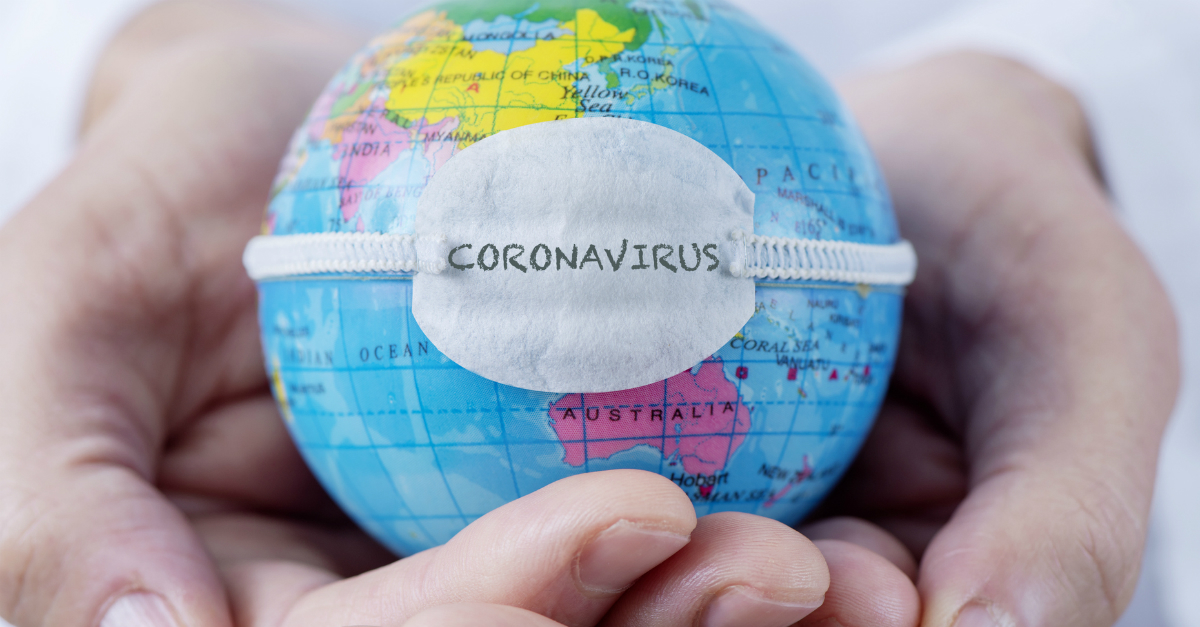 God is always in control. Do you believe that today?

Perhaps you have a hard time seeing His power because life is full of storms, swelling and threatening everything you hold dear. If so, a house built on the Rock (God) is secure.

Maybe you have trouble defining what “in control” means. Perhaps you don’t want to be under His authority. Others might have abused authority, and you refuse to submit to anyone ever again.

Why would it benefit a person to live under God’s control?

Does ‘God Is in Control’ Appear in the Bible?

There is no place in scripture that says these words precisely, but situations in the Bible demonstrate the truth of God’s control. His omnipotence is a fact whether we like it or not. How is “control” defined? Several words come to mind: authority; subjection; sovereignty; power; dominance; restraint. God’s people are often in battle, either over the powers of flesh and blood or of the spiritual realms.

What Does it Mean that God Is in Control?

These verses give us confidence that God sees what we suffer, is planning to deliver us, and that He has our best interests at heart. He shows up when we mess up. Christians can trust and rely on Him to supply a rescue as He did by the sacrifice of His Son for His glory. Some people might think this makes God a megalomaniac or puppet master, abusing His authority to exalt Himself.

John Piper writes “the natural person prefers his own autonomy” and will sin as a result. “Glad submission to God’s authority, and to God’s superior value and beauty, is something we are not able to do.”

God’s control, his authority, gives us freedom because “the human will is free when it is not in bondage to prefer and choose irrationally. It is free when it is liberated from preferring what is infinitely less preferable than God, and from choosing what will lead to destruction.” (Ibid.)

We all submit to something—whether to God or to desires of the flesh—but only submission to His authority frees us from slavery. His authority is safety for the vulnerable.

As for exalting Himself, the Lord says “[h]ow can I let myself be defamed? I will not yield my glory to another.” (Isaiah 48:11) Our purpose is to praise and worship Him, not to try to manipulate Him for answers to prayer on our terms.

God has the last word, but that word is not what we are expecting.

The Israelites expected their Lord to exercise control in the manner of a Roman soldier over his troops; in a cause and effect pattern. Jesus’ disciples could not imagine any other type of display, least of all the agonized and humiliated form of their crucified Rabbi. Jesus demonstrated what it means to serve the King, submitting to ultimate authority. He modeled loving submission to the Father.

Then God surprised everyone by demonstrating that He has control over sin and death, raising His Son from the grave. Life itself falls under the command of He who bestows life in the first place. 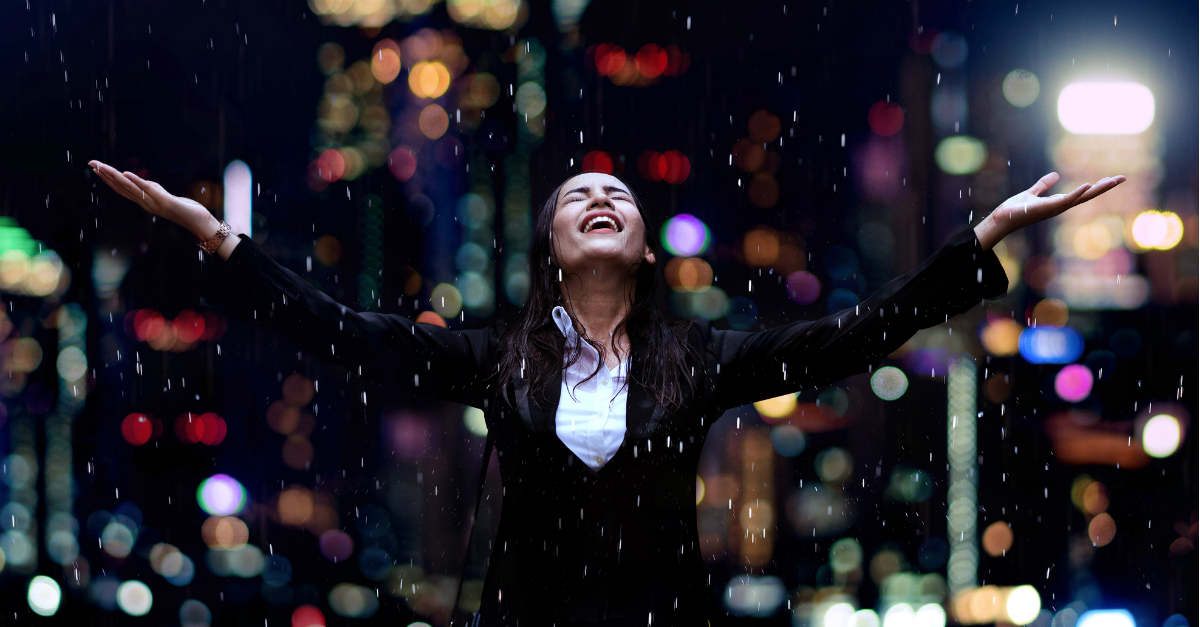 He is commander of an army, God’s people are His soldiers, and He exercises authority over them. God not only leads but protects, accepting responsibility for His people. “Fear not, for I am with you; be not dismayed, for I am your God; I will strengthen you, I will help you, I will uphold you with my righteous right hand.” (Isaiah 41:10)

He makes promises and keeps them, always.

Scripture Passages That Assure God Is in Control

Joshua 1: “Have I not commanded you? Be strong and courageous. Do not be afraid; do not be discouraged, for the Lord your God will be with you wherever you go.” (Joshua 1:9) Moses was dead, Joshua was appointed leader to take Israel into the Promised Land after 40 years in the desert.

God Almighty possessed ultimate control over the outcome, and Joshua knew the Lord was faithful. God promised Israel a land of their own, and He delivered according to His timeline and by His methods.

John 2: Christ caused chaos in the temple where moneylenders and vendors were turning His Father’s “house into a market.” (John 2:16)

The Jews asked under whose authority Jesus overturned the tables and whipped the vendors. He answered “destroy this temple, and I will raise it again in three days.” (John 2:19) Jesus was talking about His body. The temple was destroyed at the cross and raised again three days later.

God’s authority is total, encompassing even life and death.

Isaiah 45: “I will give you hidden treasures, riches stored in secret places, so that you may know that I am the Lord, the God of Israel, who summons you by name.” (Isaiah 45:3)

Isaiah is talking about King Cyrus, referring to him “as Jehovah’s ‘shepherd,’ the Lord’s ‘anointed,’ who was providentially appointed to facilitate the divine plan” of setting Israel free from captivity. Yet, Cyrus “did not ‘know’ Jehovah” and became “an unconscious tool in the hands of the Lord” about 150 years after Isaiah’s prophecy.)

Cyrus did not know or obey the Lord and God used Him anyway. This is powerful evidence of God’s control over the Jews’ situation, His sovereignty over time, demonstrates a power which never becomes outdated. He mapped out the resolution to sin and death before we were born. Even unbelievers like Cyrus are subject to God’s command. 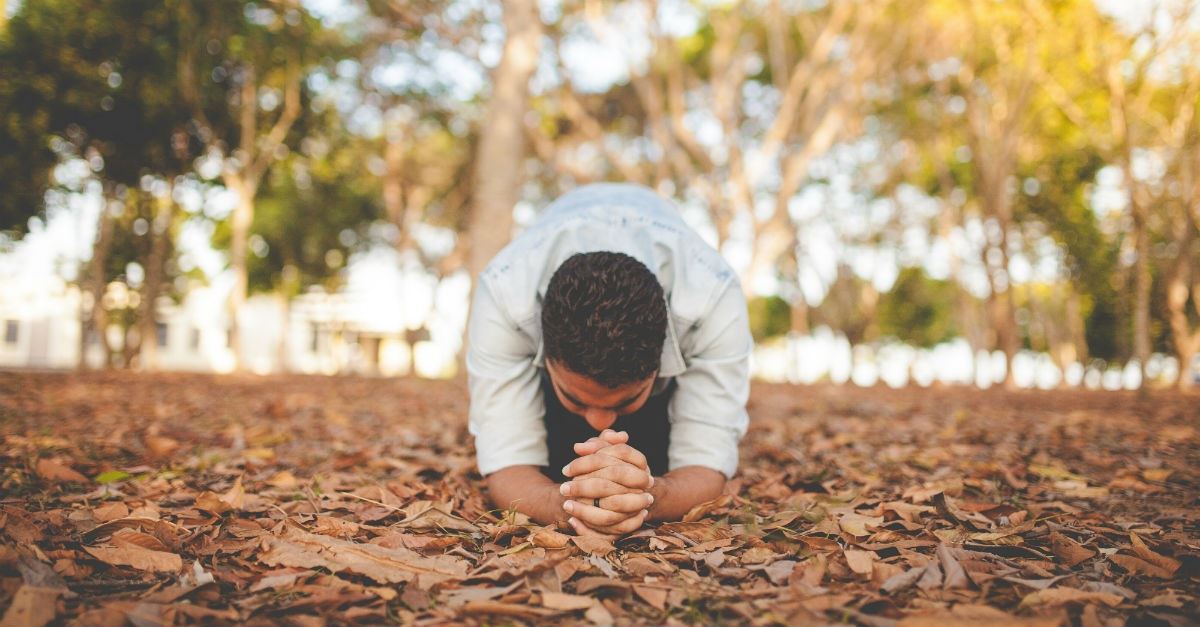 Other Scripture Verses Assuring That God Is in Control

Proverbs 21:1 “In the Lord’s hand the king’s heart is a stream of water that he channels toward all who please him.” Joseph Benson wrote that the king’s “very inward purposes and inclinations, which seem to be most in a man’s own power, and out of the reach of all other beings; and much more his tongue, and hand, and all his outward actions […] are in the hand of the Lord — Subject to the influence, control, and government of the great Lord of all.”

Ephesians 4:1 “For he chose us in him before the creation of the world to be holy and blameless in his sight.” God turns the heart towards or away from Himself. He gives the gift of faith to whomever He desires. Christians are freed from imagining we can somehow convert a person or prevent a person from coming to Christ.

Nothing will stop God from fulfilling His plans.

# Truths to Remember about God Being in Control Always

God has told us that He has plans to prosper and not to harm us (Jeremiah 29:11). He took control of our salvation by sending Jesus, and determines whose hearts will be softened towards Him (Ephesians 4:1). God can defeat our enemies with trumpets (Joshua and the walls of Jericho), light (Gideon against the Midianites in Judges), and water (Pharaoh’s army at the Red Sea in Exodus).

God is “holding [the Son of Perdition] back, so that he may be revealed at the proper time.” (2 Thessalonians 2:6)

In other words, God even controls Satan. There is nothing to be afraid of in your life because, whatever trouble you face, God was in it before it started and will be with you through it to the end.

Yet, even when we know these things, we sometimes want to take control and try to make our lives easier. Paul wrote that “the mind governed by the flesh is hostile to God; it does not submit to God’s law, nor can it do so.” (Romans 8:7)

Hostility and fear make peace and joy impossible. As he faced many enemies, aware that his life could end at the tip of a sword at any time, David refused to let fear steal his joy: “I will sing and make music to the Lord.” (Psalm 27:6)

Because God is in control, it is safe to drink at the oasis and to dance in the tent because our enemy cannot find us under the shadow of God’s protection. 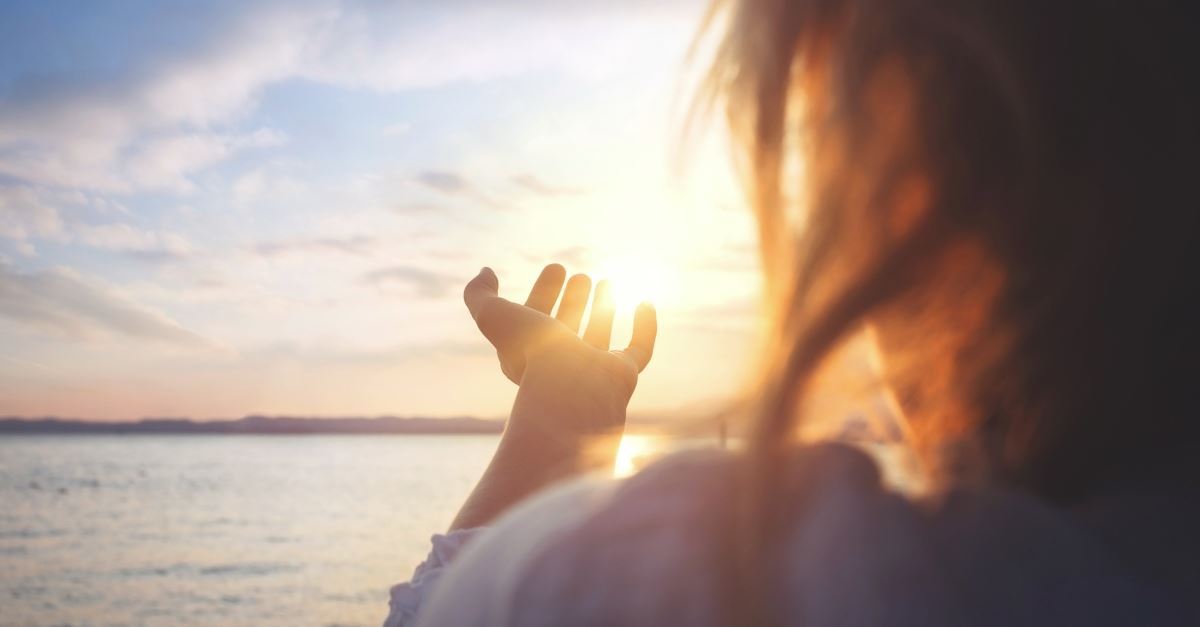 A Prayer to Relinquish Control

Father, I have tried to control my life and even to control other people’s behavior to suit my purposes: forgive me. You are the King of my heart, one and only Sovereign, Lord of all. Thank you that I don’t have to be in control because YOU are. Thank you for perfect leadership, for your omniscient command of every situation, and for loving us while you hold all things together. In the name of Jesus, Amen.

Trying to be in control just tires us out because it’s a futile exercise. The Lord is already in control, so let Him tell you what to do next. Pray, read scripture, and follow the example Christ left for us: perfect submission.

God’s will is going to become apparent if you pay attention, like the man in Matthew 7 who built his house on a rock. Even when it’s hard to follow, we know from Jesus’ resurrection that obedience to the one in total authority leads to eternal security and joy.

I am a Christian wife, mother of three beautiful gifts from the Lord and grandmother to our first grandbaby!! I love studying the Bible and serving my Lord, time with my Sweet Husband, loving and teaching, time with good friends, nutrition, gardening herbs, fruits, veggies and flowers, reading, all kinds of crafting, writing, photography, cooking/creating healthy and tasty meals, all things vintage and lovely- something when you look at it...it tells you a story. Organizing is my newest passion. I also love being birdie Mommy to my 4 cockatiels...2 couples. I love living in the country and enjoying the Lord's miraculous creation!! :) View All Posts